Literature / Trustee from the Toolroom 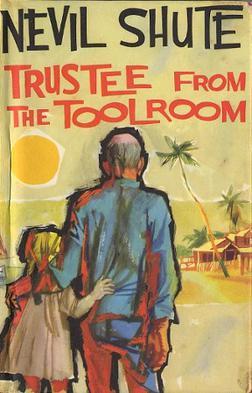 1960 novel written by Nevil Shute in which Keith Stewart, a mild-mannered staff writer for a model engineering hobby magazine, crosses continents and moves mountains to regain a lost fortunenote £25,000 — about £600,000 in 2020 for his niece.