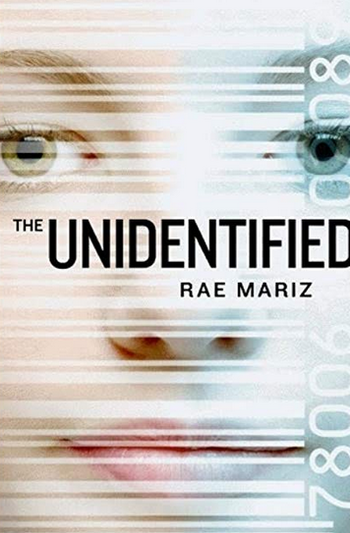 The Unidentified is a teen novel written by Rae Mariz. Fifteen-year-old Katey (aka Kid) goes to school in the Game—a mall converted into a "school" run by corporate sponsors. As the students play their way through the levels, they are also creating products and being used for market research by the sponsors, who are watching them 24/7 on video cameras. Kid has a vague sense of unease but doesn’t question this existence until one day she witnesses a shocking anticorporate prank. She follows the clues to uncover the identities of the people behind it and discovers an anonymous group that calls itself the Unidentified. Intrigued by their counterculture ideas and enigmatic leader, Kid is drawn into the group. But when the Unidentified’s pranks and even Kid’s own identity are co-opted by the sponsors, Kid decides to do something bigger—something that could change the Game forever.