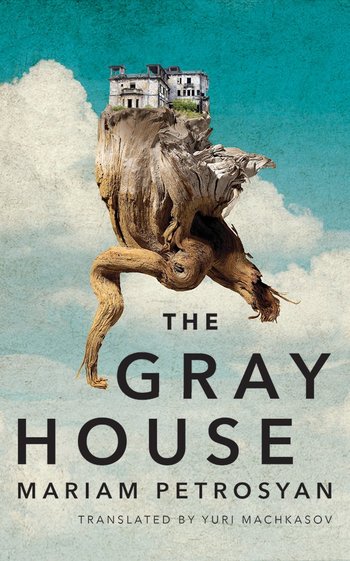 "The Gray House is enigmatic and fantastical, comic and postmodern… Rowling meets Rushdie via Tartt… Nothing short of life-changing"
— The Guardian

The Gray House is a Russian postmodern/magical realist novel, written by Mariam Petrosyan in the Russian Nineties. It was published in Russian in 2009, and translated to English in 2017.

The novel is set in a specialized boarding school for children and teenagers with disabilities. The time and place are deliberately obscured: one can deduce that it takes place somewhere in the late 80s-early 90s in a Fictional Country which looks like a mish-mash of post-Soviet Russia, Western Europe, and United States. It starts as a more-or-less realistic drama story about Smoker, a paraplegic teenage tenant of the House who struggles to adapt in a new group of students. Initially, he feels like he is the Only Sane Man: his groupmates are obsessed with seemingly childish traditions and "rituals" of the House, they invent strange fairytales and indulge in bizarre fantasies. However, it turns out that these "fantasies" are not fantasies at all, that the House contains many mystical (and often dark) secrets, and each of the students has their own skeleton in the closet. Things only get weirder from there...