Literature / On My Radar 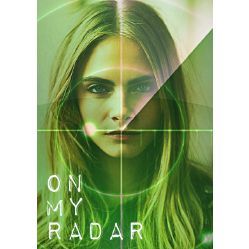 "I'm a hunter of love
He's my next target
I won't give up until he's mine
He doesn't know, but he's on my radar
And my skills never fail..."
— On My Radar's Description

Do you know those stories where the player always seeks the dork-nerd loser?

Well, meet the player Sasha Morris, she prefers "Love Huntress" though. Love to her is like a game of hide and seek, where she loves to pursuit the ones who dare to get close to her. But those clichés wouldn't be complete with a dork nerd loser, no? Then for this role we have Lucas Samuels, who's neither that much of a loser or a nerd, at least in high school. A blessed jock, he doesn't even realize that Sasha made her goal to get her hands on him as soon as possible.

However, this is a double-edged sword, because Sasha also doesn't realize how playing with a innocent heart can be dangerous for her emotionless self. This endless game of cat and mouse you leave you at edge, doubting even yourself. After all, who's really the predator and who's the prey? Even when there's another player with their eyes set on Sasha...