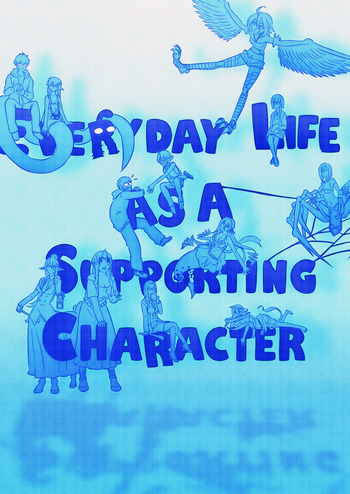 It follows the life of Juyo Janai as he adapts to his new home in a new dimension filled with monster girls and avoids breaking any hearts along the way.

It can be found on Spacebattles here

Everyday Life as a Supporting Character contains examples of the following tropes: