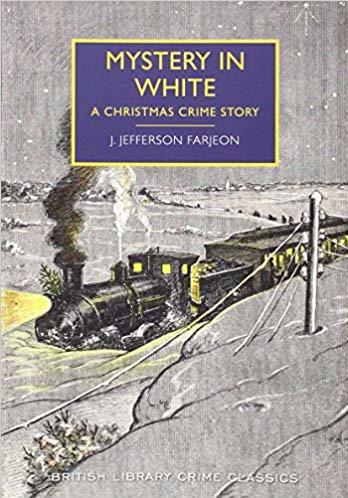 It all starts on a train, now snowbound and forlorn on a cold Christmas Eve of 1936. With the train going nowhere, one car’s passengers decide to risk trekking across the open tundra to reach the nearest train station at the village of Hemmersby. But in the white-out, all they find are a series of ditches, and eventually a house—its door unlocked, tea boiling on the stove, fireplace roaring with warmth, and not a soul around to answer them.

Trapped in the house is a neat group of characters: Jenny Noyes, a platinum blonde chorus girl; aristocratic (and argumentative) siblings David and Lydia Carrington; aspirational but fever-ravaged clerk Robert Thomson; elderly bore Mr. Hopkins, droning on about his time in the Yukon or India; and Sir Edward Maltby of the Royal Psychical Society. And along the line they will be joined by various other uninvited guests, as somewhere, also, is the reason behind the abandoned house: the people who abandoned it, perhaps a murderer or two…

The story provides examples of the following tropes: