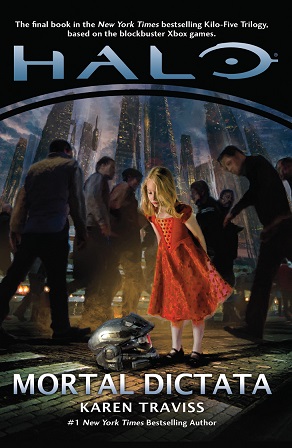 Halo: Mortal Dictata is a 2014 novel set in the Halo universe, and the third and final part of Karen Traviss's Kilo-Five Trilogy. Following the events on Sanghelios, the Kilo-Five squad has gone to the Insurrectionist controlled planet Venezia to deal with Naomi's father, Staffan Sentzke, only to discover that he has taken a Covenant warship with the intent to attack Earth.