Literature / Gentlemen of the Night 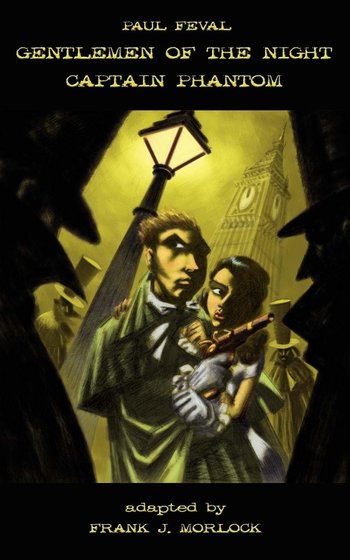 Written in 1844 by Paul Féval. Originally titled Les Mysteries de Londres which translated in English to The Mysteries of London, but that is also the name of the Penny Dreadful saga by George Reynolds. So for its stage play adaptation

it was given the alternate name The Gentlemen of the Night after its feature criminal origination.

In 1830s London, the Marquis of Rio Santo, leader of the criminal empire known as the Gentlemen of the Night, schemes to free Ireland by plunging England into chaos.

In 1847 a pirated abridged English translation was made, it's very rare however but can be read online

It was latter made retroactively in continuity with The Black Coats and John Devil.