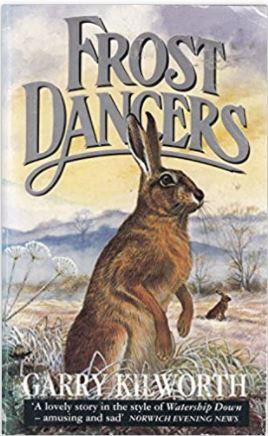 Front cover
It's not always the fastest runner that escapes the predator.
Advertisement:

Skelter is a happy hare who lives an idyllic life in the wild. His life is uprooted when he and several other hares are captured and forced into hare coursing. Skelter manages to eventually escape, but his troubles aren't over. He's stuck in an unknown land far from home. The surrounding hares don't trust him and there's a mysterious, flying monster terrorizing the countryside.

Frost Dancers: A Story Of Hares is a 1992 novel by Garry Kilworth.