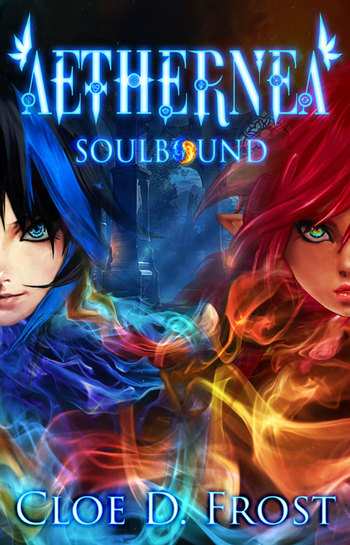 is a Fantasy Web Serial Novel by Cloe D. Frost, updating on Thursday and Sunday.

In a world where everyone can perform magic, where quest seekers, treasure hunters, and enchanters are common professions, and where mage duels are the most popular form of entertainment, Kiel is a 'non-mage' — a person who doesn't have the aptitude to use magic on a regular basis — until he meets Elaru — a mage of mysterious origin, who claims she can give him the power to become the greatest mage the world of Halnea has ever seen.

After making a deal that he would surely regret, the only thing standing between him and his dream university of magic, are the entrance exams.

Little did he know, that he would be pulled into a web of lies, ancient riddles, and fatal secrets, where one wrong step could bring his untimely demise.

What secrets are hidden deep in the darkest parts of the forbidden zone? What truly happened over a millennium ago to change the lands of Halnea into its current state? What is the source of The Ink — a mysterious plague spreading through the continent? Why has the third race of Halnea — the Ascended — mysteriously disappeared and what is the connection between the remaining two races?