Literature / The Adventures of Pat O'Neil 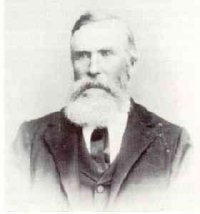 Not exactly what you'd think someone who fights ninjas, ice giants, lobsterpeople and drug abuse would look like, is he?
"Pat O'Neil, a regular guy from Iowa, somehow wandered into fighting Clan Platypus, a group of ninjas trying to take over the world by selling meth. At his side are his friend Douggy (himself half ninja), a group of genetically altered squirrel monkeys and, giving support and advice, Charles Lindbergh."
—The blog's

"They took a journey to the foot of the mountains and into a swamp. It took a week of searching, and they lost four ninjas to poisonous swamp bears. They would have then named themselves 'Clan Poisonous Swamp Bear,' but the embroiderer told them that an poisonous swamp bear embroidered onto a uniform looks almost identical to a grizzly bear embroidered on the uniform. This would have been very bad for them because Clan Grizzly had recently angered the demon Kal'Ah from the land of wind and ghosts by telling his wife she looked fat in a pair of coo lots, and the demon had vowed to wipe out the clan. This wouldn't have been a problem, but the demon Kal'Ah is incredibly near sighted."
—PC/ComputerWorld, chosen excerpt for their ''"Lamest Fictional Premise Blog"''