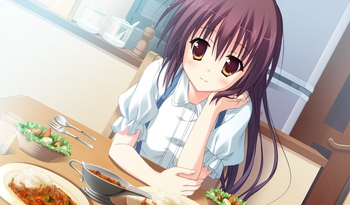 One of the more heartwarming endings from the fandisc.