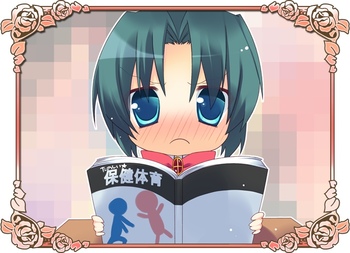 Yes, she's getting flustered over reading a science textbook.