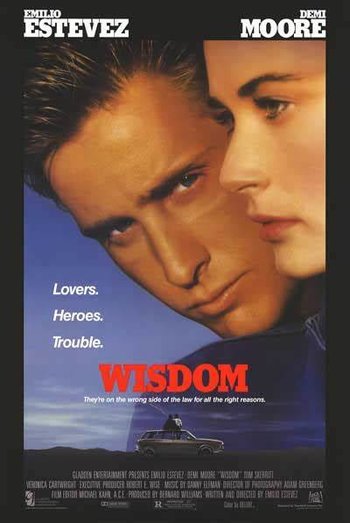 It didn't live up its name...
A 1986 film written and directed by Emilio Estevez, also the film's star. John Wisdom (Estevez) and his girlfriend Karen (Demi Moorenote Estevez's real-life girlfriend at the time) go on a cross-country crime spree...

This work exhibits the following tropes