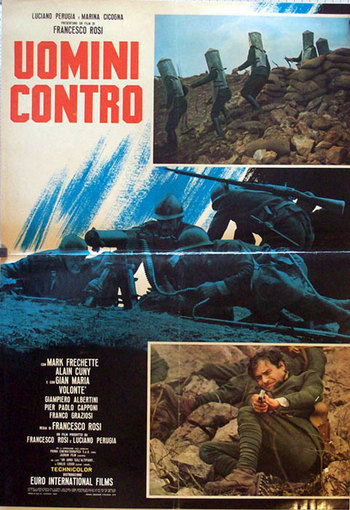 Uomini contro (Enlish title: Men Against... or Many Wars Ago) is a 1970 drama by Francesco Rosi. Main role is played by Gian Maria Volonte

The film is set in the WWI on the Austrian-Italian front. Italians have retreated from the mountain which dominates the valley and now they are trying to take it back.