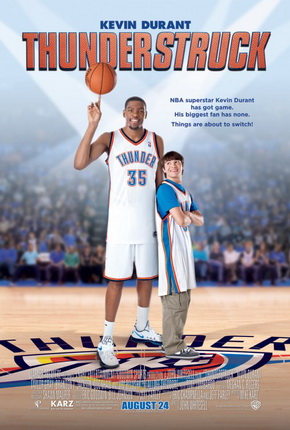 A 2012 comedy sports film starring Kevin Durant and Jim Belushi. Brian Aswell (Taylor Gray), is an uncoordinated teenager who wants to be able to play basketball like his idol, Kevin Durant, but keeps falling short, making him the laughingstock of his school thanks to his epic failure going viral on YouTube. After being picked for a halftime court shot, he somehow acquires Durant's talent and becomes a basketball superstar while Durant becomes a laughingstock.

Not related to the Thunderstruck webcomic.