Film / The Return of Hunter: Everyone Walks in L.A. 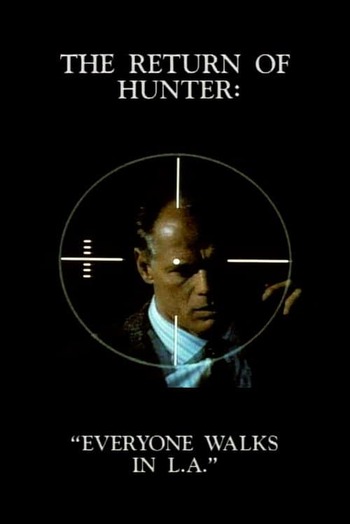 The Return of Hunter: Everyone Walks in L.A. is the first TV Movie from the Hunter franchise of Buddy Cop media.

Rick Hunter's fiancée Vicky is murdered shortly after encountering her abusive ex, Matt. While Hunter initially suspects Matt, he discovers that Vicky's death may have been the work of a serial killer, and has to deal with the media fallout.