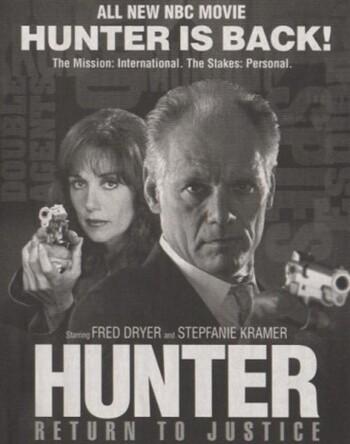 Hunter: Return to Justice is the second TV Movie from the Hunter franchise of Buddy Cop media.

Rick Hunter investigates after his former partner, Dee Dee McCall's fiancé, San Diego Mayoral Candidate Roger Prescott, kills a burglar in apparent self defense. As Hunter investigates with McCall, they discover that Prescott has a Dark and Troubled Past, and is being hounded by a Russian Mobster.