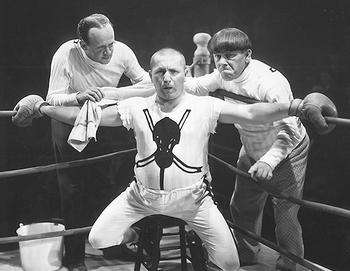 Curly as K.O. Stradivarius and Moe as his manager.
Advertisement: