Film / Out of Reach 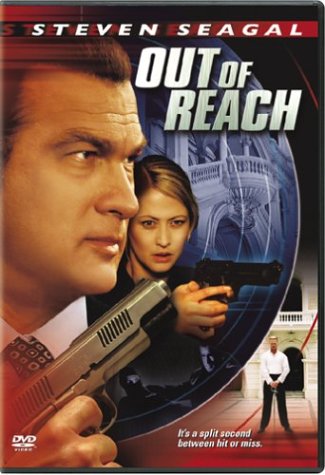 One of numerous action movies starring Steven Seagal that have been released direct-to-DVD after Half Past Dead bombed.

Nearly identical to his previous effort Belly of the Beast, this one feataures Seagal as William Lansing, a former CSA agent with a Dark and Troubled Past who now works on nature reserve taking care of injured animals. He's sponsoring a Polish orphan named Irena Morawska (Ida Nowakowska), and is her pen-pal. When her letters cease, it transpires that the orphanage she was in was a front for a human trafficking organisation, and that she's been sold into slavery. Despite the fact that he's not her father and has never actually even met her, Lansing marches off to Poland to rescue the gal and shoot/beat-up all involved in the trafficking business.