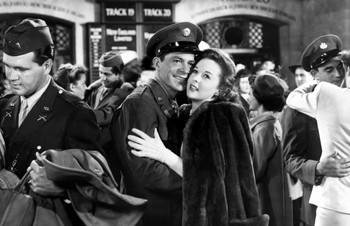 My Foolish Heart (1949) is a melodrama starring Dana Andrews and Susan Hayward.

It was based on the short story by J. D. Salinger (Uncle Wiggily in Connecticut), a part of his Nine Stories collection.

The story follows their relationship before the war and how Eloise turned into a bitter woman.

J.D. Salinger hated the changes made to the story so much that he never allowed his stories to be adapted to the screen again.