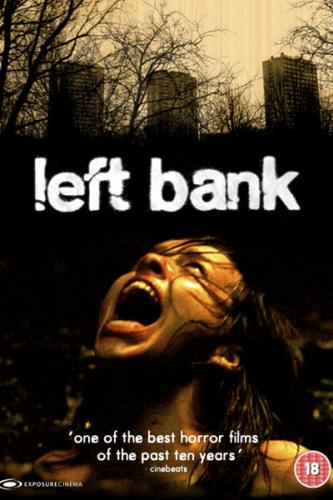 Left Bank, titled Linkeroever in its home country, is a 2008 Belgian horror thriller starring an ensemble cast of Flemish actors.

Marie is a competitive runner on her way to the European Championships. Shortly after qualifying, she is struck down by an infection that leaves her immune system severely depressed and is told that she must do nothing for a month while recuperating. During this time, she falls for Bobby, a charismatic archer, and moves in with him in his Left Bank apartment complex. As Marie is recovering, she learns that the former resident of the apartment, a woman named Hella, disappeared mysteriously, and there is something sinister going on in the apartment complex.