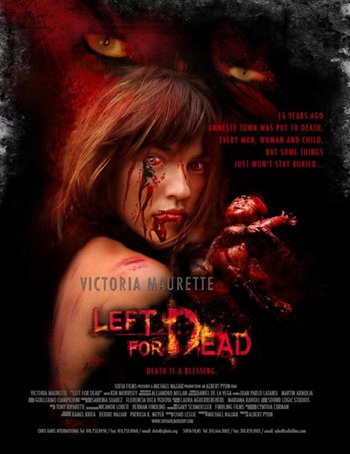 Whilst searching for her missing husband Blake, tough, pistol packing babe Clementine runs across a community of outcast whores who have fled the town of Amnesty after murdering the townsfolk, including its preacher and his pregnant wife. These murderous women are also keen to lay their hands on Blake, for they believe him to be a rapist, but are unwilling to follow him into the deserted town, for this is where the spirit of the preacher patiently waits for revenge...

Not to be confused with Left 4 Dead.

Tropes in Left for Dead include: