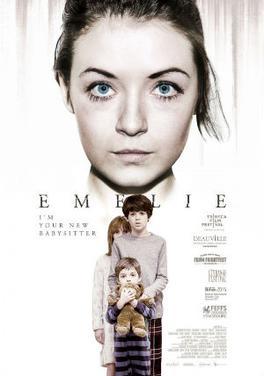 Emelie is a 2015 American horror thriller film directed by Michael Thelin and written by Richard Raymond and Harry Herbeck. The film stars Sarah Bolger, Joshua Rush, Carly Adams, Thomas Bair, Susan Pourfar and Chris Beetem. Dan (Beetman) and Joyce (Pourfar) Thompson are heading out for their wedding anniversary, and have arranged for a sitter, Anna (Bolger) for their three children: Jacob (Rush), Sally (Adams), and Christopher (Bair). Unfortunately, for them, Anna was kidnapped at the beginning of the night, and the girl who arrived, Emelie, is not the sitter they hired. Over the course of the night, Jacob comes to realize that something is very much not right, and enters a struggle for his life, and that of his siblings.

Not to be confused with Amélie.