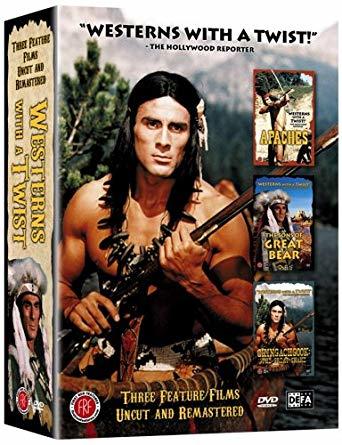 Following on the success of Der Schatz im Silbersee and other West German Western movies (most of the based on stories by Karl May), the East German DEFA studios produced ten Westerns for the domestic, Eastern bloc and international market. These portrayed the struggle of the American Indians against the advancing United States as inspirational, but tragic examples of anti-imperialist and anti-capitalist struggle. In keeping with this, the films were not called Westerns, but Indianerfilme ("Indians movies").

The films were shot at various locations in Eastern Europe, with, for instance, the Caucasus doubling for the Black Hills of Dakota. A few of the films were based on literary works, but most were taken directly from history. And Serbian actor (and later director) Gojko Mitić played the lead in all of them.