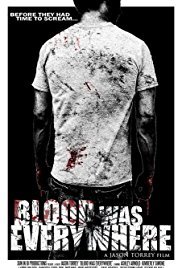 Before they had time to scream...
Advertisement:

Blood Was Everywhere is a 2011 American Slasher Movie concerning a spate of murders in a small town.