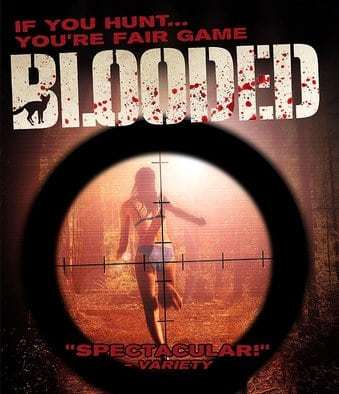 Blooded is a 2011 British independent horror/thriller film written by James Walker, produced by Magma Pictures and Ptarmigan ACP and directed by Edward Boase.

In October 2005, five young people were kidnapped in the Highlands of Scotland. Stripped and abandoned in the the wilderness, they were forced into a deadly game where the hunters became the hunted. Their ordeal was filmed by an extreme animal rights group as a warning to others: if you hunt... you're fair game.