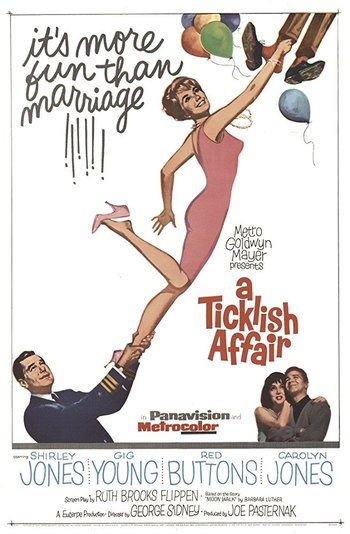 Commander Key Weedon (Young), a pilot with the U.S. Navy, is sent to investigate an S.O.S. emergency signal. He discovers it is the doing of a six-year-old boy, Grover Martin, whose Uncle Simon (Buttons), an airline pilot, gave the boy a blinker light as a gift. The child's mother, Amy (Shirley Jones), is an attractive widow, and Key develops an immediate interest in her. But he will have to work hard to win Amy over.