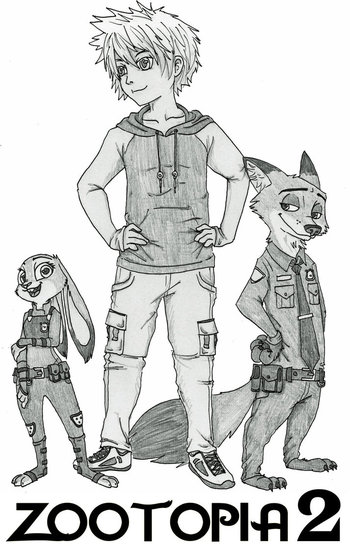 is a Zootopia fanfic authored by Seniorcopycat

. Taking place two years after the events of the first film, a strange, and slightly annoying, creature claiming to be a human named Bart Torres mysteriously appears in Zootopia with no memory of how he got there. Upon finding him Judy Hopps and Nick Wilde are tasked with protecting him from capture while also dealing with the rise of a new criminal organization called the Mouser Gang as well as their growing feelings for each other.