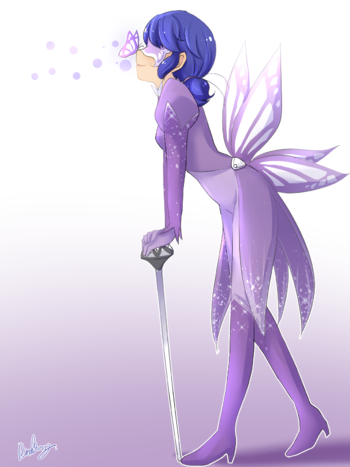 Marinette is blind and getting through life like a normal person. Well except for the fact that she's blind and has hearing that's above average. When Stone Heart attacks Marinette finds a strange box on her desk. What's gonna happen now?

Lady Fairy is a Miraculous Ladybug fanfic by I_dont_know_whats_going_on_either. The story can be found on Archive of Our Own here