Fanfic / I Have This Friend... 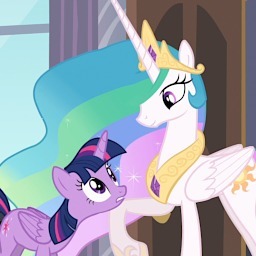 I Have This Friend is a My Little Pony: Friendship Is Magic fanfic by the Titanium Dragon

. Twilight goes to Canterlot to ask Princess Celestia for some romantic advice. You know, for a friend.

Twilight's "friend" wants to ask out a certain mare she has feelings for, but doesn't really know the right way to do it - or even if she should ask her out. Because the mare her "friend" likes is a regal, majestic pony who spends a lot of time in Canterlot and has a reputation to uphold...