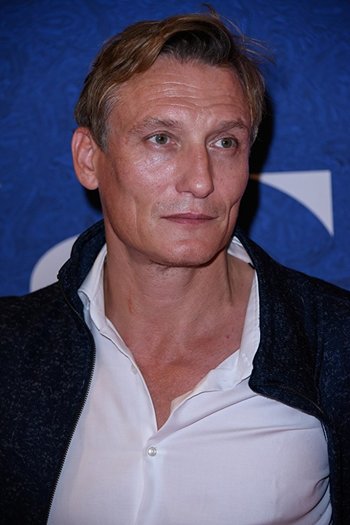 Oliver Masucci (born December 6, 1968, in Stuttgart) is a German actor.

His most notable role is that of Adolf Hitler waking up in the 21st century, in the 2015 Black Comedy film Look Who's Back, which is based on the novel of the same name by Timur Vermes.

He had a guest role in Tatort in 2016, and plays Ulrich Nielsen in the first German language series to be produced by Netflix, Dark, the first season of which premiered in 2017.