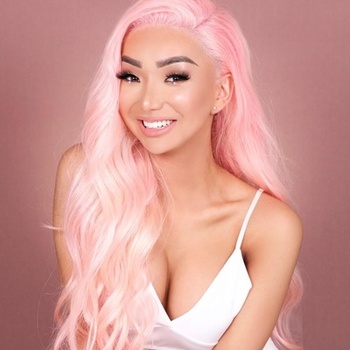 Nikita Dragun is a make-up artist, YouTube creator and model.

Dragun was originally born in Belgium before moving to America to attend high school. She came out as transgender when she attended college and has spoken openly about her transition on her YouTube channel. Dragun moved to Los Angeles where she received a business degree at the Fashion Institute of Design & Merchandising.

In 2013, Dragun created her YouTube channel. She has been subject to some controversy throughout her time on the website including her involvement in the Drama-geddon saga in 2018 with Jeffree Star, Manny MUA, Laura Lee and Gabriel Zamora. She has also spoken out against comments from market leaders for Victoria's Secret regarding trans women not being included in their fashion shows because the 'show is a fantasy'. Dragun videoed herself in lingerie and tweeted out that trans women are definitely capable of fulfilling the fantasy.

In 2019, Dragun launched her make-up brand, Dragun Beauty aimed at not only the mainstream market but also the transgender community. Her products are cruelty free and vegan. She starred in her own series on Snapchat called Nikita Unfiltered which documents her life achieving fame as a transgender woman and premiered in 2020.