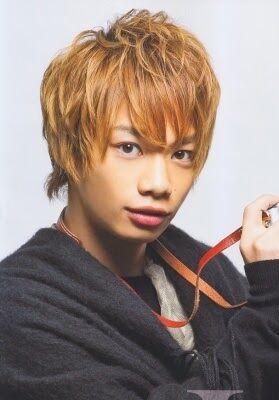 Junya Ikeda is an actor born on October 27, 1992. He is currently affliated with the J-Rock Management.

He is notably a fan of Super Sentai (he apparently wrote in kindergarten about how he wanted to be Kiba Ranger). He later became a Promoted Fanboy when he landed the role Gai Ikari in Kaizoku Sentai Gokaiger, who, incidently, is an Ascended Fanboy of Super Sentai.