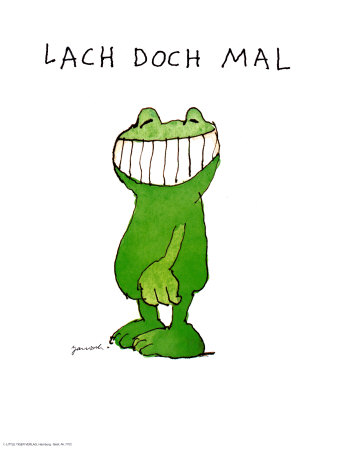 Janosch (a.k.a. Horst Eckert, born March 11, 1931) is a German writer and illustrator, who became famous for his children's books (the little bear and little tiger stories, for example). While his work includes a few novels for adults, it is a certain waterfowl with a tiger's stripes

◊ that has become iconic and is intrinsically tied to his name. One shouldn't remind the creator of it, though.

Janosch's books, beloved by children and adults alike, may sometimes invoke What Do You Mean, It's Not for Kids?; for the illustrations are not limited to the children's books and may turn out to be quite graphic.

Several of the stories have been adapted for a tv-series called Janoschs Traumstunde ("Janosch's Dream Hour").