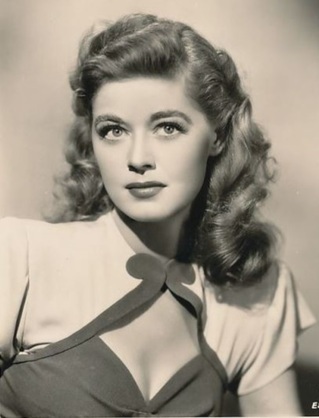 Born in Massachussetts, Walker made her feature film debut in the 1942 spy film, Lucky Jordan only a month after arriving in Hollywood, replacing Paulette Goddard who dropped out before the film went into production. She followed that break with a few prominent and mostly comedic supporting roles in features such as The Good Fellows (1943), Murder, He Says (1945), Brewster's Millions (1945), Cluny Brown (1946) and what turned out to be her most well known role as the femme fatale amoral psychologist Lilith Ritter in Nightmare Alley (1947).

Unfortunately, tragedy struck not long after she wrapped filming Nightmare Alley on December 31, 1946 when she was involved in an automobile accident which would have a drastic effect on her career and rise to stardom. While driving a car owned by director H. Bruce Humberstone (of I Wake Up Screaming fame), she offered a ride to three hitchhiking soldiers and then crashed into a divider, flipping the car and subsequently causing the death of one of the soldiers. Walker herself and the other two passengers also sustained serious injuries. She was charged with drunk and reckless driving, but was acquitted of both charges and a later charge of manslaughter was also dismissed.

Against all odds, following the accident Walker continued to act in Hollywood in films such as Call Northside 777 (1948) and Impact (1949), but her budding career never fully recovered from the scandal and she made her final big screen appearance in the 1955 Film Noir, The Big Combo. A couple of minor television appearances followed before she retired from acting altogether in 1960.