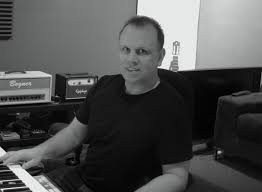 Erik Aho is an American composer who primarily works for the American TV and video games. He has his own website

, and is the co-founder of a music production company WaxLab

. In 2013, he has received the ASCAP Foundation’s David Rose Award.

TV Series music he has worked on:

Video Game music he has composed:

Tropes related to the creator: