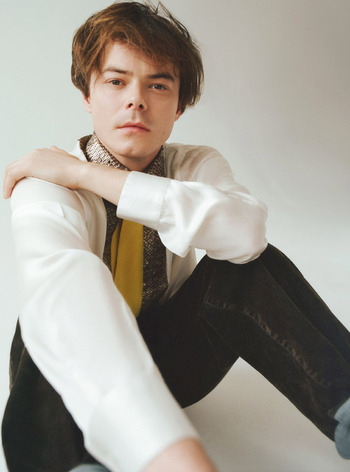 Charlie R. Heaton (born 6 February 1994) is an English actor and musician. He is best known for his starring role as Jonathan Byers in the Netflix supernatural drama series Stranger Things (2016–present) and Cannonball in The New Mutants.

Heaton is also a musician; he played drums in several bands prior to his acting career. He has a son with former bandmate, Akiko Matsuura.

Since 2016, he has been in a relationship with Stranger Things costar Natalia Dyer.