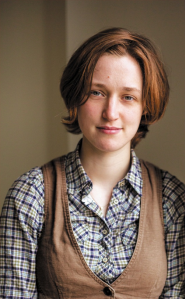 Catherine Webb (born 27 April 1986) is a British author, born and raised in London. She completed her first novel, Mirror Dreams, at the age of 14 years old, and it was published two years later. Her works so far consist of:

Tropes common in her work: