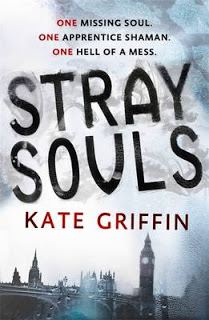 Face adversity with a smile.
"While all and any are welcome to attend the regular meetings of Magicals Anonymous, or even pop by at our drop-in surgery, we do ask that if you are inclined to spontaneous combustion or actively leaking organic fluids from the unwinding hollows of your flesh, you use the overalls provided"
— Notice pinned to the offices of Magicals Anonymous, 89C Little Lion Street, London
Advertisement:

Magicals Anonymous is an Urban Fantasy series by Kate Griffin (a pen name of Catherine Webb]). It is a sequel to the Matthew Swift series that follows a new protagonist, shaman Sharon Li.

The story opens with the formation of a new community support group for the mystically inclined. Meanwhile, London faces new threats that not just any old magician will be able to face alone.