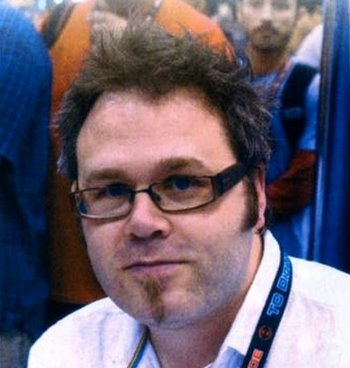 Bryan Hitch is a British comic book artist born in England in 1970. Growing up with a love for comics, he sent in a submission to Marvel UK and would receive his first assignment at only 17 years old. Throughout the 90's Hitch would flop around on various titles until the late 90's when he teamed up with acclaimed writer Warren Ellis to create a book called The Authority which tackled the subject of what would happen if superheroes actually existed in the real world. Notable for its cinematic-like style and impeccable attention to detail, this book would get Hitch noticed in a big way getting an assignment a few years later from Marvel Comics to help then up and coming writer Mark Millar re-imagine The Avengers for a new imprint known as Ultimate Marvel which was a new continuity set in the then new Turnofthe Millenium leading to the creation of 2002's The Ultimates and its 2005 sequel series The Ultimates 2 both of which received great acclaim from critics and comic book fans alike.
Advertisement:

The Marvel Cinematic Universe owes a good deal to Hitch's designs on certain characters notably the likes of Nick Fury, Captain America, and Hawkeye all of whom have a more military-like design compared to the colorful outfits they otherwise wore in the 616 universe. Bryan Hitch is also notorious for most any book he draws running into delays the worst of it being both volumes of The Ultimates and the issues of Age of Ultron he illustrated.