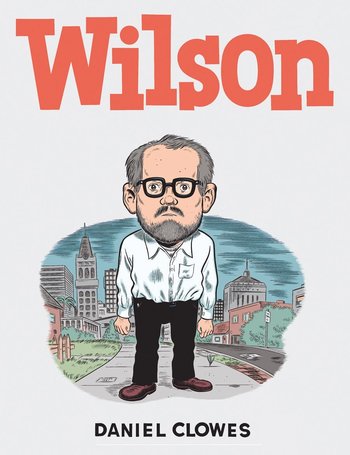 Wilson is a graphic novel written by Daniel Clowes. It was later made into a film starring Woody Harrelson and Laura Dern.

Wilson is a misanthropic and lonely man who observes the world around him with disdain. One day he decides to reconnect with his ex-wife and discovers he has a daughter he never knew.

The comic and film contain examples of: