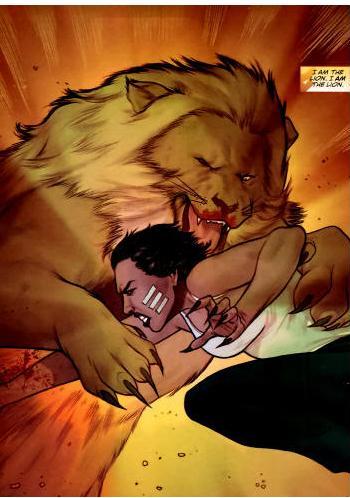 Two Lions Clashing!!
"Listen to me you, rapist, you murderer. Fifteen years ago you killed a woman, the wife of a priest. I am her daughter, I've come to kill you."
"I am the Lion. I am the lion."

Vixen: Return Of The Lion is a 5 issue miniseries which was published by DC Comics and tells the story of Vixen as she journeys to her village in Africa to vindicate her mother's murder.

Many spoilers in summary ahead:

This limited series provides examples of: