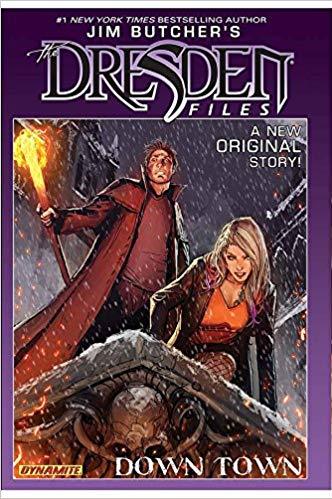 Down Town is a six issue The Dresden Files miniseries set in between White Night and Small Favor. It takes place immediately prior to the short story It's My Birthday, Too.

When a mysterious sorcerer sends a slime golem to attack citizens of Chicago, Harry Dresden and his apprentice Molly are on the case. But when Baron John Marcone takes an interest in the affair, Dresden will have to survive Chicago's most ruthless gangster as well as the monstrous sorcerer and the golem itself if he's going to keep the city safe.

Tropes appearing in Down Town include: