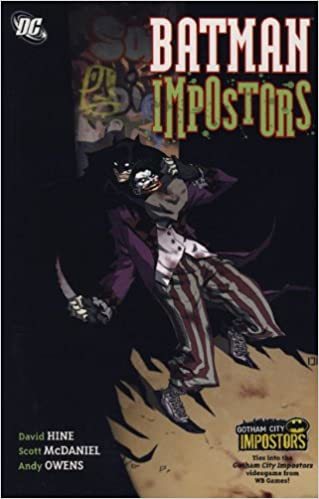 Batman Impostors is a tie in comic book to the Gotham City Impostors video game. The Story Arc takes place over 3 issues of Detective Comics, #867 - #870, and is collected in the book Gotham Impostors. It was written by David Hine, with art by Scott McDaniel (pencils) and Andy Owens (inks).

Impostor Jokers have been recruiting everyday people to instigate riots throughout Gotham City. As more and more "Jokerz" start to appear a Batman impostor pops up requesting more of the good people of Gotham to join his forces and "Take back the streets" now Batman has to stop a full scale civil war before it spells the end of peace in Gotham.