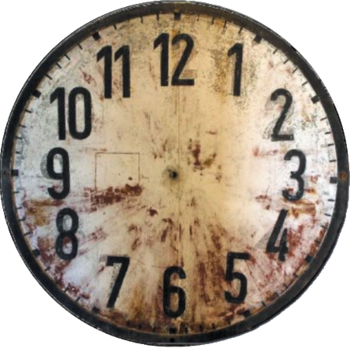 Fill in the blanks.
“The sun rises, and the sun goes down, and hastens to the place where it rises.”
— Ecclesiastes 1:5, The Bible
Advertisement:

The rotation of the Earth on its axis creates a 24-hour cycle known as a "day." Each day consists of a number of markers based on the position of the sun; these include morning, evening, and night. All are vital to the development of human life, so it's no wonder they're also important in human drama.

Below is a quick guide to the way the times of day are portrayed in media, with a brief description of their general attributes and any specifically associated tropes.

Compare Plot Time, Flashbacks and Chronology. See also Right on the Tick, and Clock Index, for tropes about actual clocks or other timepieces.

Sunrise, the three-minute period when the sun climbs over the horizon and signals the start of day. Sunrise is a time of new beginnings, and as such it's an incredibly common place to open stories. Dawn/sunrise are also frequently used to end stories. Generally if a story ends on a sunrise, it's because the heroes have gone through hell all night and daylight signals that the fighting is over. After all the stuff the heroes have been through, sunrise is the sign of renewal and continuing life. It's all very symbolic.

Waking or staying up to watch the sunrise is considered romantic by some. Stock music cues are Grieg's Morning Music

from the William Tell Overture.

Vaguely 7:00 until 9:00, "morning" is the waking-up period. This is another frequent starting point for stories, because unlike sunrise, normal people (meaning the average person; people who are neither early-birds nor those who prefer to sleep late) actually do wake up around then. Expect aspects of the average morning routine—hitting the alarm clock, brushing teeth, eating breakfast, trimming nose hairs, putting on clothes.

Heroes always wake up late in the morning unless their job requires them to wake up early, and even then they'll like to sleep late when they have the chance. There are a few exceptions, but even then, they'll be a contrast to people who aren't morning people.

9:00 to 11:59. Nothing Exciting Ever Happens Here, except the main character being late for whatever they were late for in the morning.

It's the middle of the day, the transition between “morning” and “afternoon.” The sun is at its highest point, which means there's the most light. It's also the hottest time of the day, and tempers flare with the temperature. Old West shootouts happen at high noon. It's a tense time.

Roughly 13:00 to 17:00.note This is in 24-hour notation, just to make it clearer that it doesn't last for sixteen hours... Kids get home from school, people drive home from work. Most stuff that happens in stories happens in the afternoon, although there's nothing particularly special about it.

Also called twilight (no comments, please, and not that one either) or, if you want to get very poetic, eventide, it's the period when the sun is down but the moon isn't up. Dusk is a transition time—kids get called in for supper, shops close up, diurnal birds go to sleep, humans start changing into werewolves, and the gentle song of the crickets (and other nocturnal animals) begins.

Night is a dangerous time. The sun is out completely and everything is dark. It's cold, lonely, and hard to see— probably why humans have a natural fear of the night.note You may be thinking, "But I'm not afraid of the night?" That's because it's a natural fear, but kids often outgrow it. All decent people are at home in bed, which means indecent people are out and about, prowling the streets and doing unscrupulous things. Night is a spooky time, good for illegal activities, spying, wild parties, and trips to the local Haunted House. Basically, all the things that make a story interesting.

Due to the high danger factor, night's a perennial — er, diurnal favourite for writers.

Stock Room cues: Sound effects of crickets chirping, owls hooting, and wolves howling. Clips of glowing eyes in otherwise shadowy areas. Shots of the moon, always full and frequently partially covered by a cloud. Cats might also be seen wandering around outside.

The spookiest time of night, bar none. Midnight is "the witching hour"—magical things happen at midnight, and not the good magic. The Hidden Hour is often immediately before or after midnight. Part of it is that midnight happens at twelve o'clock—although for some reason, lunch doesn't have the same spook factor, likely because it happens during the less-spooky daytime, as well as the fact that midnight is considered the start of a new calendar day. Normal people are in bed unless something unusual is happening or it's New Year's Eve.

The wee hours of the night, between about 1:00 and 5:00. People should not be awake at this time, so if you are, it's a sign that something's up. Maybe you're the undead and it's the only time you can go out. Maybe you're a criminal hoping to escape the cops' notice. Maybe you're an insomniac...or you've been up all night reading TV Tropes or doing some other hobby. Of course, maybe you're simply up because your employer happens to work during this time. Sometimes known as the Hour of the Wolf—the hour when you hear the wolves howl outside and shiver in fear.

Lots of nightmare sufferers wake up around this time, just to rub salt in their wounds.note This is because REM sleep (when you dream) happens during this time.

gives us examples of works and reports using "four in the morning" to underline how inconveniently or arbitrarily timed an event is.

Also called twilight, although dawn is called twilight much less than dusk. It's the period when the moon is down but the sun isn't up (between the hours of five and six AM usually). Dawn is a transition time as well, but not as much as dusk — a few shops open up (though many don't open until around seven or later), and the diurnal animals start waking up, which is often heralded by the famous "dawn chorus" (the sound of many birds singing at once), but kids don't usually get woken up for breakfast until around seven. Which leads to...

Sunrise, the three minute period when the sun climbs— we've been here before, haven't we? Oh well, days are cycles. It happens. Daily.