These are the characters appearing in Peter Jackson's The Hobbit film trilogy.

For the original versions in the book by J. R. R. Tolkien, see here. For characters in The Lord of the Rings, go here for the film versions, or here for the book's versions. 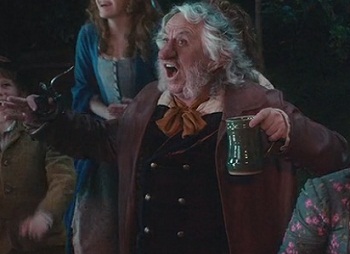 Patriarch of one of the two greatest Hobbit families and Thain of the Shire, the last (ceremonial) representative of the fallen Kings of Arnor. Grandfather of Bilbo and great-grandfather of Frodo. 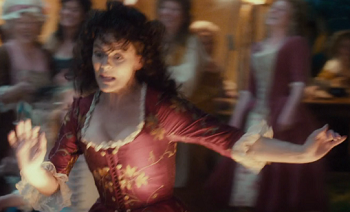 One of the Old Took's four daughters and Bilbo's mother. 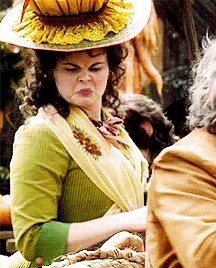 "Who are you??"
Portrayed By: Erin Banks

A rather unpleasant but very wealthy hobbit whose family has a rocky history with the Bagginses of Bag End. Wife of Otho Sackville-Baggins.

Another wealthy but rather unpleasant hobbit; husband of Lobelia Sackville-Baggins.