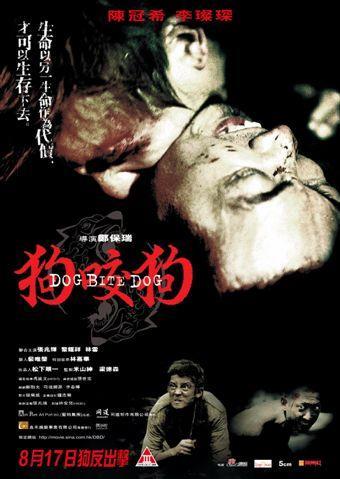 Is Edison Chen still a vampire?

"Dog Bite Dog is a bitter sweet action drama that touched on many emotional levels, but it is not for everyone." - G4s Asian Underground

Pang (Chen), a Cambodian pit fighter forced to accept a killing assignment in Hong Kong, ends up lost in the big city where he is completely unfamiliar with its language and surroundings, pursued by hot-headed cop Inspector Ti Wai, his only refuge is in the landfill in downtown Hong Kong, where he meets fellow Cambodian girl Yu, who lives with her abusive single father after fleeing her country. Pang and Yu decides to go on the run and try to return to their home in Cambodia...