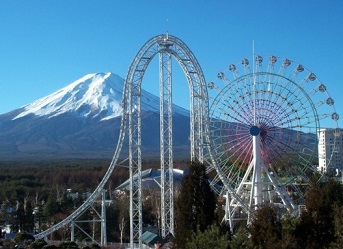 Ready for some fun?
"It's awesome. It's like an amusement park."
— Aaron Lewis
Advertisement:

Where in the world can you be guaranteed to have a heckuva time? Theme Parks!

Whether it's because of its thrilling roller coasters, cool shows, or immersive theming, you'll never be bored at one. Even small attractions that exist on their own outside of theme parks can give you the experience you've been waiting for. Here, you will find examples of all of those.