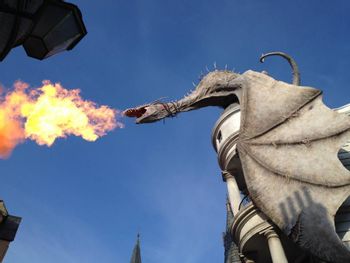 This happens every thirty minutes.
"Universal puts people inside the incredible and timeless stories and gives them a chance to discover their own inner hero."
— Steven Spielberg